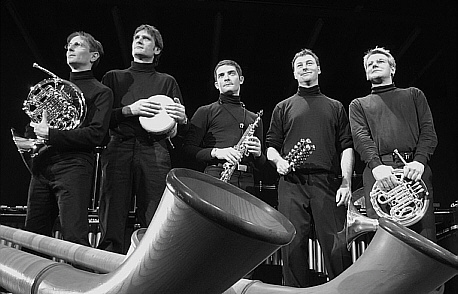 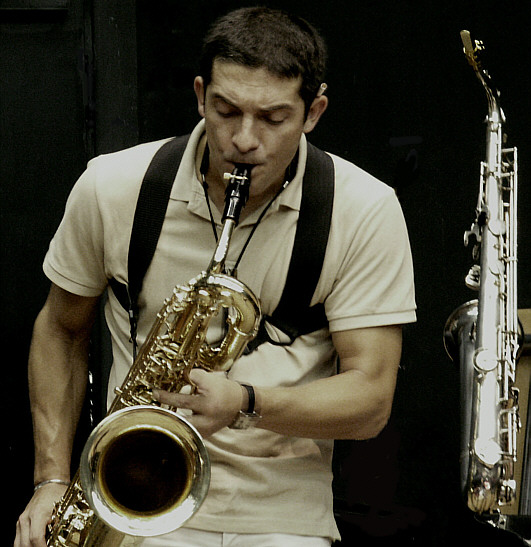 born in Berlin, was employed by the Brandenburg Symphony Orchestra during his studies at the Academy of Music in Berlin. Along with his task as a solo bassoonist and his performances as a concert soloist, he increasingly devoted his time to the saxophone. He thus became involved with various jazz bands and started playing film and theatre music. He got the chance to join an innovative, young team by joining the JACARANDA ENSEMBLE in 1998. The collective impressions he gains from concert tours are the main impetus for his musical work. 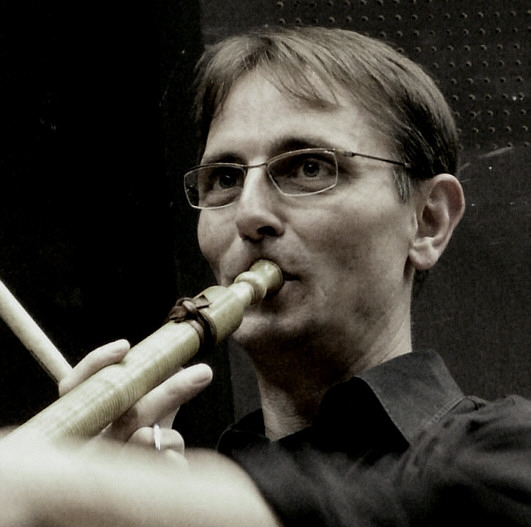 
born in Stuttgart, went from the Academy of Music in Nurnberg to the Brandenburg Symphony Orchestra in 1991. He has always been fascinated by the sounds and rhythms of other cultures. He studied the primitive technique of playing the didgeridoo and became enthusiastic about the alpenhorn. This led him to develop the alpine didgeridoo, which can be regularly heard in the concerts of the JACARANDA ENSEMBLE. 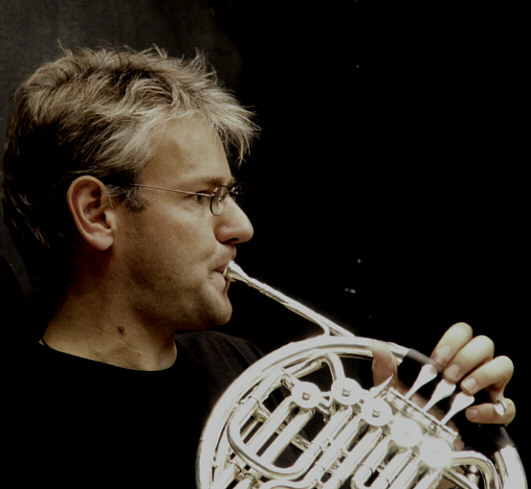 born in Berlin, he was aware of the magical powers of music from a very early age thanks to the influence of his parents. After studying at the Academy of Music in Berlin his commitment to music led him to the Brandenburg Symphony Orchestra. Along with his role as a principle horn player he dedicated his time to diverse musical projects. Since 1997 the alpenhorn has become an important focus of his attention. The analysis of the many musical impressions he gathered whilst on his travels led to the formation of the JACARANDA ENSEMBLE. 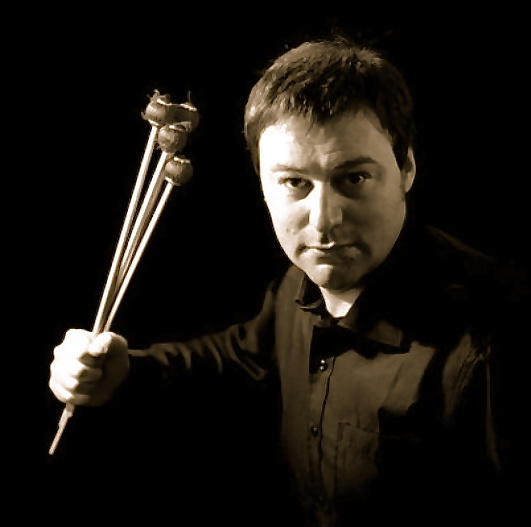 born in Krumbach, he studied at the Academy of Music in Berlin. After finishing his diploma he was involved with many leading German orchestras. In 2006 he became a principal timpanist with the Shenzhen Symphony Orchestra. As a member of various ensembles and orchestras
of the most diverse genres, ranging from classic and rock to jazz, he has been involved in film, television and cd recordings. The ensemble has profited since 2003 from his talent, experience and rhythmic inventiveness. Afro beat is one of his specialisms. 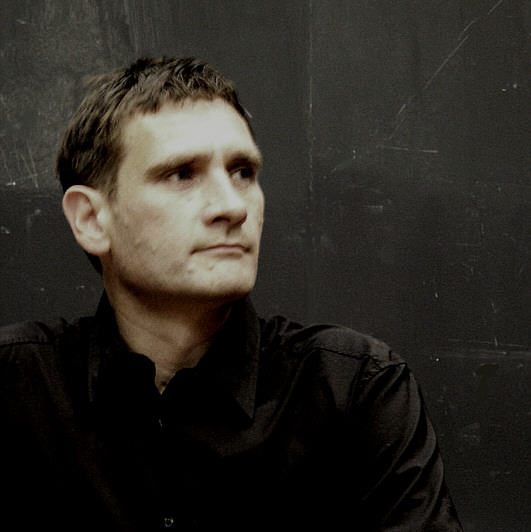 born in Berlin, he was immediately engaged by the Brandenburg Symphony Orchestra after finishing his exams at the Academy of Music in Berlin. Along with his contribution to concerts by the orchestra and other well-known organizations, he also dedicated himself to the production of experimental and cross-over genre music. Big projects such as the Pink Floyd concert “The Wall” in Berlin in 1990 and the European concert “Metallica and Symphonic” in 1999 have all influenced his artistic career. His desire to become even more creative led to the creation of the JACARANDA ENSEMBLE.